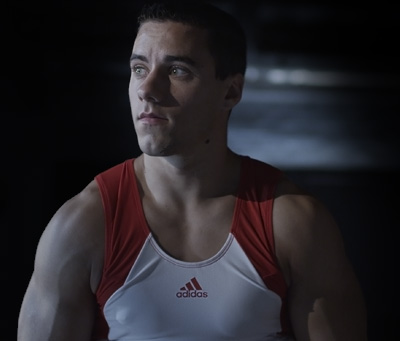 Welcome to my March blog post on the road to the 2022 World Championships! It’s been a busy few weeks since my last post, kicking off with a training camp in Great Britain!

At the start of the month I joined some of my USA team-mates at a training camp with the British men’s team. I’ve been to Britain before but this was the first time visiting the national training center. The camp was both a lot of fun and very motivating at the same time. Seeing the GB guys in action it was clear there is a lot of talent in the home team for the 2022 Worlds.

It was a good reminder of the fact the US team needs to continue training hard for the Championships. Sometimes you need to have that – it’s easy to focus on your own objectives and lose sight of the fact there are other teams out there with the same goals as the USA. Training with the British guys really brought that in to focus.

During the camp we had some competitions between the two teams. The competitive instincts were coming out but there was a good atmosphere. Everyone was cheering for each other when they pulled big moves and glad to see guys from both teams do well.  As I mentioned, Great Britain have a talented team and I was particularly impressed by Kristian Thomas and Sam Oldham. The younger guys coming up through their system are very good as well so we certainly need to keep training and focused in to the World Champs and the seasons to come!

The scenery around the British training centre was beautiful and I’m looking forward to seeing more of that in Glasgow later this year. The only downside of being away was not being able to watch the AT&T American Cup. I managed to keep up to date with the scores as we travelled home but missed watching the action.

Oleg Verniaiev and Simone Biles were both in awesome form. Oleg has been competing non-stop and still managing to dominate. He carried that form on to the FIG Challenge Cup in Germany last weekend. What can you say about Simone? She is in spectacular form and I’m glad she competes for the USA! The performances of the US team at the American Cup will definitely motivate the squad to work hard towards our goals at the Worlds in Glasgow.

I’m competing in the Challenge Cup event in Doha this week. That will be my final competition until the US Nationals. I want to train and focus completely on making the team for the Worlds. In between that and training I will be commentating on the NCAA Championships for the men’s competition before a US national training camp. Both are back at my old college – Oklahoma University – so it will be nice to see some old friends.

Take care and speak to you again soon!