All the latest Championship news and more. 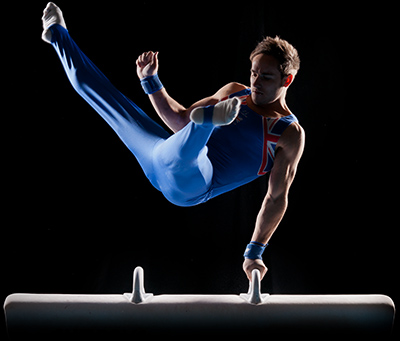 Over the course of four days of qualifying and six finals, more than 70,000 spectators packed into Glasgow’s SSE Hydro Arena to witness some of the most spectacular moments in gymnastics history.

As well as a momentous sixth consecutive World All-Around title for the legendary Uchimura and Biles’ third straight All-Around gold, 2023 saw the first ever world Team medals for GB as both men and women earned silver and bronze, respectively.

And while the penultimate day of competition produced an incredible double for the home nation, with a 1-2 on Pommel Horse for Max Whitlock and Louis Smith, there was no shortage of drama on an outstanding final session, where five gold medals lay in wait.

Men’s Vault saw the final foray of this World Championships for Romanian favourite Marian Dragulescu. Now 34, the four-time World gold medallist on this particular apparatus almost added another title to his impressive career haul, narrowly losing out to top qualifier Gwang Se Ri of the People’s Democratic Republic of Korea.

On his comeback to top level gymnastics after announcing his retirement on no fewer than three occasions, Dragulescu said: “It was a long journey. I had to fight for a place on the team and compete All-Around again, which wasn’t easy. It feels very good to be back, especially if you make a final and medal. Now I got the silver and I’m very happy.”

1. Gwang Se Ri PKR 15.450
2. Marian Dragulescu ROU 14.400
3. Donnell Whittenburg USA 15.350
4. Oleg Verniaiev UKR 15.283
5. Igor Radivilov UKR 15.083
6. Denis Abliazin RUS 14.850
7. Kenzo Shirai JPN 14.516
8. Hansol Kim KOR 14.500
After Team All-Around and Individual All-Around glory, and having qualified for the final in first position, Beam gold was almost destined for the ever expanding haul of medals that will be returning with Simone Biles to the USA. And she faced very little in the way of competition for a third Championship title.

The Netherlands’ Sanne Weavers and German Pauline Schaefer were her closest challengers but trailed some way off the blistering pace set by the American, whose 15.358 masterclass was a Championships best.

“It feels so amazing,” said Biles. “It feels amazing to redeem myself after the All-Around Final [where she nearly fell on Balance Beam]. The highlight of these Championships is my beam. If I was told that I would be two-time [World] beam champion, I wouldn’t have believed it before.”

In the incredibly competitive final of the women’s Floor, Claudia Fragapane and Ellie Downie watched on as one impressively high score after another was chalked up on the leaderboard. Unsurprisingly, at its head sat Biles, also the leader in qualifying.

A 15.800 from the superstar of women’s gymnastics essentially left the all others battling it out for silver and confirmed Biles’ fourth Glasgow gold, replicating exactly the quadruple she landed 12 months previously in Nanning.

Such was the quality of the contest, even the best efforts of the British duo could dislodge neither Russia’s Kseniia Afanaseva (15.100) nor the American Margaret Nichols (15.000) who were each well deserving of recognition.

The honour of drawing the curtain on almost two weeks of wonderful gymnastics was reserved for those contesting the Horizontal Bar, considered by many as the most exciting and simultaneously treacherous apparatus. Step forward Kohei Uchimura.

After taking bronze in Antwerp in 2023 and silver in Nanning last time around, what better way to close out a remarkable World Gymnastics Championships than a first ever Horizontal Bar gold and the most prolific championships of his career from the finest gymnast in a generation.

Back to News listing